Monstrous Regiment Or Bad girls do it well

Chris Hainsworth is one of the Daemon's most favorite WildClaw Artistic Associates. "Something about the scent of his blood..." he said. "Egyptian papyrus, aged tobacco & the ink of an Ancient One." Now, I don't know about all that, but he makes a great mix CD.

I'm not an avid Pratchett reader. Truth be told, I've only read Monstrous Regiment to prepare for the role of Maladict. But Pratchett's Discworld is amazing & rich & HILARIOUS.

If you're in the Chicago area, stop by and check it out!

Our cast and crew are stoopid.

Sarah Price as Polly Perks is new to us in the WildClaw clan, but she's got moxie and we're into it.
Robert Kauzlaric, one-time Deathscribe judge and avid fan of Event Horizon, as Lt. Blouse.
Chris Walsh as Sgt. Jackrum has been known to participate in Deathscribe both as a performer, and in 2011 as a finalist with "Comparing Notes at the End of the World".
Mandy Walsh and I met when I murdered her in Carmilla. "Tonight..." was always hers, and the matches are always hers as Lofty.
Kim Boler is a huge Discworld fan and a regular participant of Bruised Orange's "I Saw You" at the Town Hall Pub. As Tonker, she has a tendency to face off with... Everyone. Always.
John Ferrick is our man of many faces as Corporal Strappi, General Froc, one of Heinrich's biatches & Bernice the washerwoman. He's a friend to the claw and is birthing a monster soon.
Justine Turner is Carborundum. We had to turn down the a/c in the theater to make sure, as the troll, she'd get her lines out in a timely manner.
Katie McLean Hainsworth & I met when I was a bad penny at the very first Deathscribe. As Igor, she's always pulling something out somewhere. Stitching, fixing, lisping.
Matt Engle is our man of many moustaches. He's our Handsome Young Man, Prince Heinrich, Lord Rust, Paul & ... Let's just say he's got to polish himself up a bit. A member of the Factory Theater, he was recently nominated for a Jeff Award for his directorial work on Incident on Run #1217.
Melissa Engle is a sweet dream and our Wazzer.
Oh, and me. I'm Maladict. Yes. Total typecasting.
Posted by MacPeach at 10:29 PM No comments:

There is a great article in the UChicagoNews about the Claire Rosen & Samuel Edes Prize for Emerging Artists that was presented to Lila Newman. Her winning proposal is for a performance piece about Ora D. Nichols who was a pioneer of radio sound effects. A story like this is near and dear to WildClaw's heart and our own glorious radio sound effects crew of women who manage to create magic every year at Deathscribe, the International Festival of Horror Radio Plays. 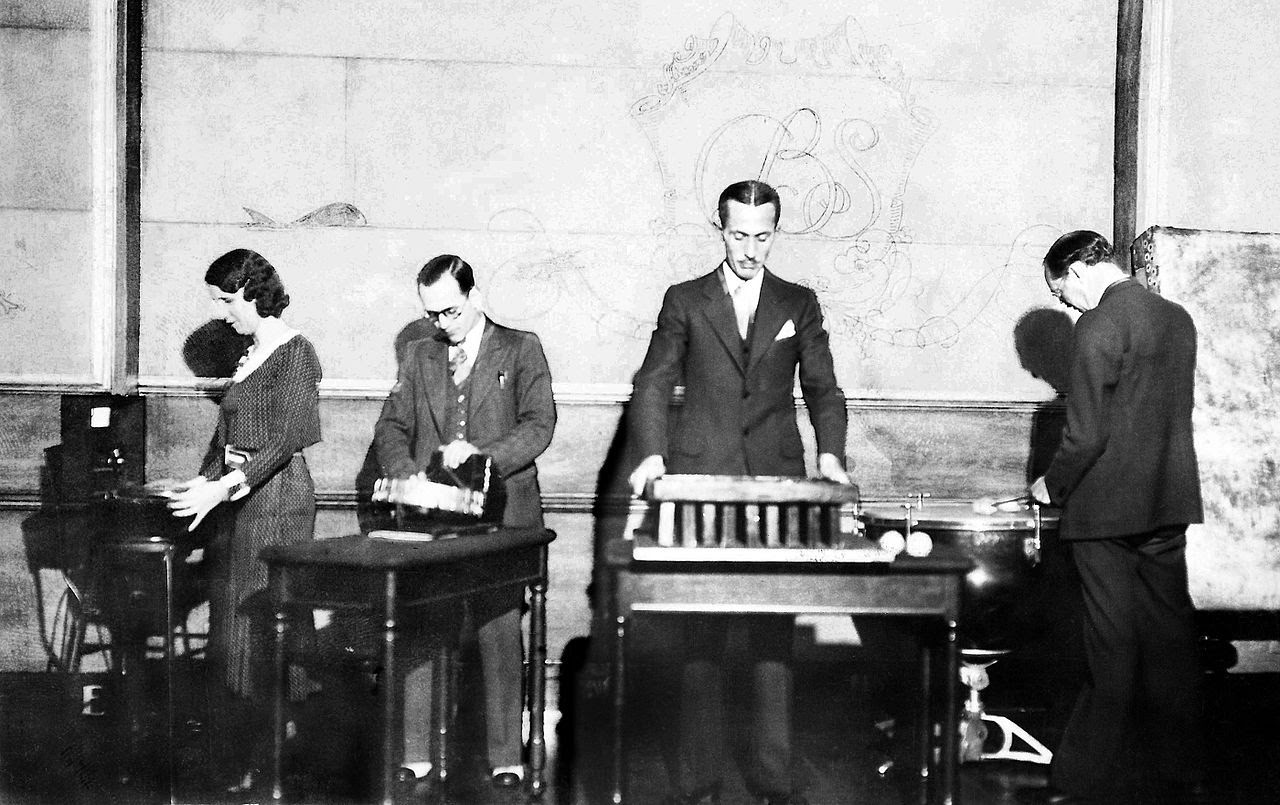 Over at Flavorwire, Alison Nastasi has put together a list of 15 horror films by women My personal favorite - NEAR DARK by Kathryn Bigelow. "Finger-lickin' good!"
Posted by Charlie at 9:13 PM No comments:

Here at WildClaw Theatre we know a thing or two about horror fans. Odds are they're a woman. And now we have the Los Angeles Times reporting on this fact. In this story.
Posted by Charlie at 9:04 PM No comments:

Horror is Good For You and Your Kids

Over at Tor.com, Greg Ruth makes the case the horror is good for you and even better for your kids.

Suspiria, Where have you been all my life? 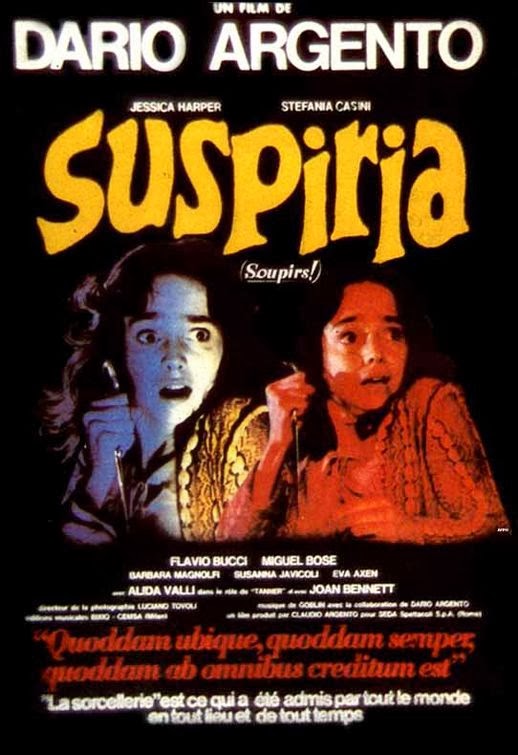 Believe this movie will melt your mind into the same colorful blotches it flashes on the screen, and know that you should not attempt to resist.
Go to there.
Immediately, if not sooner.

Aside from Suspiria being a horror cult classic that incorporated cutting edge technology (thank you Technicolor) to create nightmare visuals, but the soundtrack was provided by a band of equally outlandish auditory strangeness, Goblin. Goblin... Gob... Lin... I can even begin to describe what-the-what Goblin sounds like. Click this for a taste.

A beautiful & bizarre trip that travels at a drawn & lingering pace, Suspiria provides perplexing intrigue and little logic. A recipe for fantastical art.
Alice? Dorothy?
Shut it.
Suzy Bannion trumps you in hot blooded second. A hot 1977 orange blooded second.
How does this world exist? Are there rules? I thought this was a dance academy?!?

But what's it about?
Witches.
...
If you need more reason than that, I don't know I'll ever look you in the eye again.

Dario Argento, thank you for birthing this strange art baby.
May the minds of whomever read this get pregnant with the desire to take your ride.

WILDCLAW IN THE WILD: STORIES BY THE FIRE - PART III: Rabbits

WildClaw in the Wild is back tomorrow, Sunday, September 1, huddled around the dwindling fire in the refuge at 3031.  The apocalypse is upon us.  The final WildClaw in the Wild is here. Sarah Saltwick will be joining us, from both Minnesota and Texas.  She hails from many borders and many lands.  She is adaptable to many climes.  She is formidable and resilient.  She is like nothing we've seen before.  Keep the fire low...

The WILDCLAW IN THE WILD series takes place on the first Sunday evening of the months of July, August, and September.

Tomorrow's reading begins at 7:30pm at 3031 (3031 N. Honore); doors open at 7:00pm and there will be a special musical guest each month performing before and after the reading.  Suggested donation $5.

September 1
RABBITS
by Sarah Saltwick
directed by Carolyn Hoerdemann
Featuring Diego Colon, Steve Herson, Sadie Rogers, and Lisandra Tena
After the collapse of the civilized world, people are struggling to survive. Technology has failed. Food is scarce. Rabbits have grown huge in size and frightening in strength. Cass has fled a compound to hunt for a better life. Her journey leads her to the isolated home of Jackson and his daughter Dove. After these three days, nothing is the same.
Musical guest Sadie and the stark!

SARAH SALTWICK is a graduate of the Michener Center at the University of Texas in Austin and Hampshire College, and is a 2013-2014 Jerome Fellow at the Playwrights' Center.  Recently her adaptation of The Scarlet Letter was seen on UT Austin's mainstage. She writes new love stories between people, places, and things. Her plays are built of hope and danger; fantasy and history; that which is impossible and that which is necessary. Her work has been presented, developed or produced by the University of Texas at Austin, Nouveau 47, Westmont College, paper chairs theatre company, TheatreMasters, Scriptworks, WordBRIDGE, Bristol Riverside Theater, Shrewd Productions, and Last Frontier Theatre Conference. She has been a finalist for the Heideman Award and the Bay Area Playwrights Festival and was twice nominated for Best New Play by the Austin Critics Table. She's written plays inspired by giant rabbits, Texas, guacamole, Dolly Parton and more. Her fiction has been published by Escape Into Life and is forthcoming in Timber Magazine.
Posted by chicken little at 11:44 AM No comments:

Who else would you get to throw the first pitch at your baseball game?

Posted by Charlie at 4:20 PM No comments: 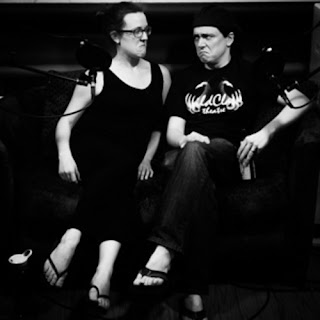 WildClaw's lit monster Scott and casting mistress Casey took to the airwaves, visiting podcast Awesomemonster! recently to talk horror, babies, horror babies, and all things WildClaw.  Many thanks to Logan, Manny, and Nick (the fine folks at Awesomemonster!) for a great time.  Take a listen, and be sure to check out their weeekly podcast at soundcloud.com!

Posted by chicken little at 8:37 AM No comments:

Happy Birthday to the one & only H.P. Lovecraft! (August 20, 1890) Your work continues to slither and creep into the psyche of those in this realm and inspires many beyond even what your wild imagination can dream up. 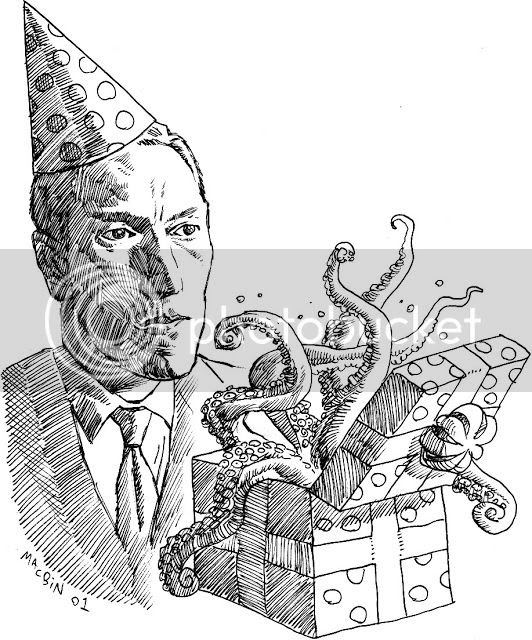 Sadly, from what I know, there is no proper translation for Happy Birthday in R'lyehian. I feel that if I even tried to piece one together, I'd be stating something like "I invite you to meet in a shared space to eat the dreams of the worthless people of the Earth realm"... Either that or I'd wind up opening a gateway to another dimension.